Yo, here’s a new song cover. I tried to sing Rerulili–sensei’s Gekkou Junshoku Girl. The song’s deep AND catchy, if you ask me. Also, although I had some difficulty while trying to sing and mix it (as expected), I feel happy about how my vocals sound here. That’s not a reason for me to stop learning and improving, though.

Oh, and in mixing this song, I tested stuff with the equalizer a lot. I should get help from people who have more experience with audio engineering too…

Now, here’s this cover’s mp3. And if you have feedback for this song cover of mine, I hope that your feedback is honest and constructive.

People who say that rules shouldn’t exist really don’t know what they’re saying. Rules are like our heart. Take ’em away, and we won’t exist. Without rules, evil won’t exist, yeah, but good won’t exist as well. As for the “rules” that bring us down, those are pretty much because of our imperfections, our defective senses that we are burdened with. Those “rules” are not the rules. They look like rules to us because we’re not perfect when it comes to distinguishing what the true rules and the false rules are. And with our defective senses, I realized that faith is a freaking important thing in living our lives. Sure, there will be trouble. Sure, there will be doubts. They’re things that will happen with and because of our defects. But having faith, having optimism…we’ll have to live without being sure about everything that’s ahead of us, but hey, faith, optimism…they aren’t as bad as they seem, and they aren’t as useless as they seem. God is a genius, and He looks dumb because our senses are defective. He’s not the dumb one, and He won’t be the dumb one. We’re the dumb ones. Yet, hope still exists, and true goodness shows that it’s alive through so many ways. We’ll stumble at times, and we’ll fall at times, but I won’t live a life of self-deprecation and laziness, and I won’t try to live without other people, because we can be better, and we can make each other happy. We need to be better, and we need each other. My words here won’t be liked by at least one person, I think, but hey, that’s expected from something that’s made by a human being. Still, I can do good. We can do good. Praise the Lord, and God Almighty keep on helping us. 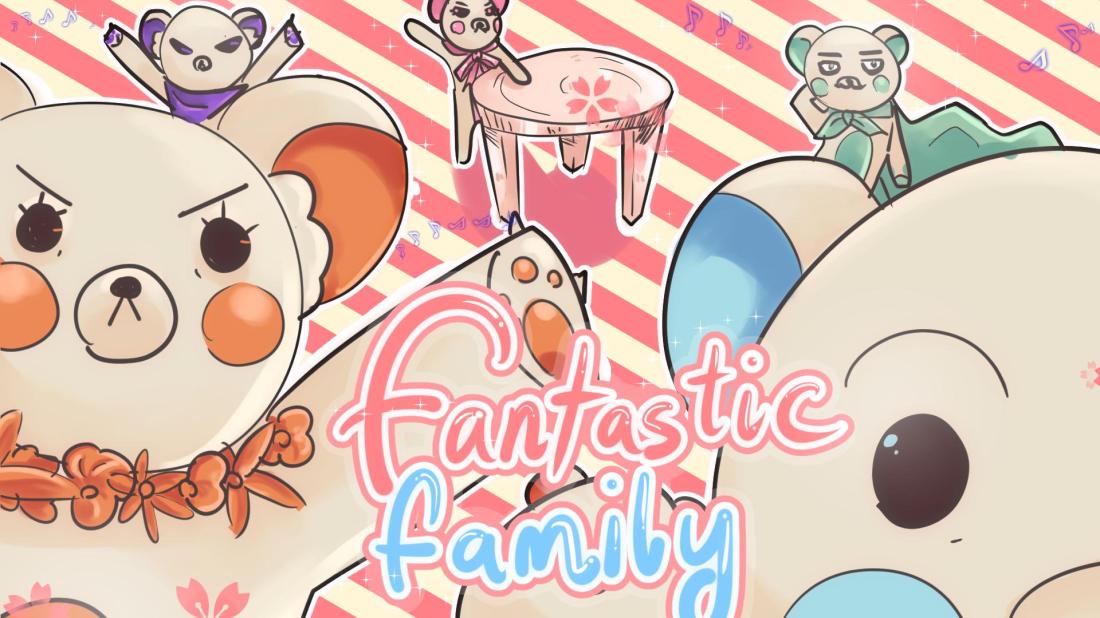 It’s my mother’s birthday today, but this song isn’t just for my mother.

This song is for my dear family. Call ’em lame, but they’ve got awesome.

In terms of songwriting, arranging, and audio engineering, I’m pretty much an amateur, I think. This song sounds awkward at certain points, and I think that the rapping is the most awkward aspect. The visuals that accompany this song don’t have a lot of fancy stuff, and although I want to add such stuff, my drawing and video editing skills aren’t very sharp, and my resources are limited.

Still, I had fun with making this song, and I want to share this to my family. I also want to thank Rolo, a friend of mine, for drawing a hilariously cute illustration for this as well.

Now, I should show this to my family…

Hey, nutshellcrackers. This is my first song cover this year. I hope that my nose and throat would get better soon too, ’cause I wanna sing more energetic songs…

Also, I’ll be uploading another music-related video tomorrow. Remember that original song that I was talking about in some previous posts? Yeah, I’m gonna try to upload it and its video tomorrow.

Bruce Wayne’s parents are killed and he becomes Batman. In this universe, Bruce Wayne comes from a poor family.

This story was first posted on Reddit. Also, I know who Batman is, but I’m not a fan of the series in general. I was impressed by The Dark Knight, though. I’ll probably watch the rest of the Dark Knight Trilogy as well sometime.

END_OF_DOCUMENT_TOKEN_TO_BE_REPLACED

The Seven Deadly Sins try their best competing against each other by giving you advise that should get you killed. You live the best kind of life thanks to them.

This story was first posted on Reddit. Also, I’d like to thank God very much again for leading me towards being more productive. 🙂

END_OF_DOCUMENT_TOKEN_TO_BE_REPLACED

He mastered the ability way before he even knew he had it.

END_OF_DOCUMENT_TOKEN_TO_BE_REPLACED

Since you were five, you have been able to save and reload the world like a game, but people are starting to catch on and remember thing[s] from timelines that never even happened. Worse is, you have decided to kill everyone just to see what would happen.

This story was first posted on Reddit. Also, I think I’ll be writing a lot more prompted stories in the future. Still, I’m gonna work on longer ones, like sakiyama, but hey, properly working on longer stories takes a longer while, yo.