I may be on vacation right now, but that doesn’t mean that nothing significant has been happening in my life.

And seriously, this month has been a lot for me. Maybe not in terms of major content posted, but in terms of my growth as a person in general. For example, I’ve been doing more exercise, prayer, and chores regularly. I’ve been having some more bonding time via Facebook Messenger with a godmother of mine who currently lives in the US with her husband and kids. I’ve been thinking about my school life, my social life, my love life, and my future more seriously, a sign of that being my increased willingness and confidence in going for renting a bedspace near my university again, and there’s also me, well…not hanging around certain Net spots as much as I did before. And hey, I’ve been reading more Filipino fiction and making more contact with contemporary Filipino writers. I’m also sharpening my Japanese more by having a somewhat more regular communication routine with a native Japanese friend!

Sure, it can be tiring, especially when piled up with my lazy and unhealthy habits, but knowing that I can improve keeps on pushing me to improve more and more, you know!

So yeah, I thank God very much yet again. He’s quite glorious, if you ask me. 🙂

Still, I have a long way to go. Another sign of that is my internal clash in terms of what content to post in the future. For example, there’s this one English rap arrange of a Japanese Vocaloid song, something which I hesitate to develop further as a cover because of the creepy source material and the less creepy but still creepy lyrics I wrote. I consulted a friend once about it, and he’s up for supporting my efforts if I ever decide to turn it into a full-blown cover, but I still have my doubts. There’s also my procrastination on doing my creative works and also more important things, particularly by going through trashy material and spending too much time on video games, all under the pretense of relaxing my mind. I also still have difficulty with regularly sleeping on time, among other things.

Hm, perhaps more will with prayer would be good, then. I have will, yeah, but it would be a waste if I don’t use it to go to the right direction. So yeah, that’s a look into how my growth as a person has been going this month. Now, it’s time for a lineup of the stuff I posted during this month:

So yeah, that’s this month’s lineup of major posts. Other posted things to note are those prompted fills for the Professor Arc Forum’s Writer Games thread, though honestly, I don’t think I’ll be hanging as much there anymore, so, to all the peeps there who look up to me: I’m sorry, but I’d like to take life more seriously now. You’re still welcome to try giving me your honest constructive feedback on my works, if you’d like. I’m especially talking to you, Inthretis…so yeah, I hope you’re also keeping tabs on my posts here. Though I guess you being informed by me before reading this would be more likely, hahaha…

As for info on what I’ll be posting in the future, what’s very likely to be posted are more prompted short stories, one or two song covers (an English one being likely as well), and a fanfiction chapter or two. As for what I’ve been working on lately, I have a funny set of Japanese-Vocaloid-song-based English translyrics which had passed translation check recently, a bunch of K-Pop-song-based translyrics which are currently stored away in my comp and cloud storage, an attempt at a more hiphop sort of original song (probably) with a completed composition draft and an incomplete arrangement draft, the next chapter of Wandering Weiss, a Fate series fanfiction which mainly involves a certain treacherous Knight of the Round Table, and a revised version of an arrange cover of a certain Vocaloid song that’s also by kemu. Oh, and there’s that creepy English rap arrange I mentioned before. That thing’s a very very gray area to me, indeed.

Anyway, I’d like to remind you again, dear nutshellcrackers: Honest constructive feedback is highly encouraged and will be highly appreciated!

So, I’m back with a song cover, and this one took a while, with one major factor being my inability to access the Niconico uploader for some reason. That aside, the cover’s here, and I still feel good about this one!

So yeah, I covered kemu’s latest comeback song and addition to the PANDORA VOXX series. Like, the one he uploaded after his four-year hiatus. Talk about long, but I’ve been expecting his comeback ever since he had that “Haiboku no Shounen” piano cover of his uploaded by his video effects pal last year. Also, yes, kemu is one of the dudes of Penguin Research, particularly the bassist + composer. I’ve gotten info about it before, but I was waiting for kemu’s more formal confirmation.

Anyway, about the cover production, I went and used the non-mastered instrumental. kemu’s mastered version was too loud for my vocal and mixing skills, so yeah. And the song’s speed and weight made recording a challenge. I think I broke a lot of sweat during the recordings, too, hahaha…Hard and loud singing can be fun, but it can also take a chunk out, alright, even if the song is within my vocal range…

Also, the shouts you hear in the bridge are mine instead of the ones provided by kemu’s production. That also did a number on my throat, though I think I managed to put some impressive weight into it. And again, keeping the volume balance between vocal and instrumental was a challenge, and maybe even more so with this hard-hitting sound that kemu produced.

So yeah, honest constructive feedback is highly encouraged and will be highly appreciated. ^_^

Author’s Note: This story was written in response to the following prompt in the WritingPrompts subreddit:

A few years ago, a male grim reaper fell in love with a female human. You are their mostly human child. Then one day, your dad says, “Hey bud, today’s the mandatory “Bring Your Child to Work Day”, lets get you dressed up”.

This story was first posted on Reddit. Wrote this while trying to get out of another little funk I just had. I’m feeling better now, so hey, I’m looking forward to your honest and constructive feedback, dear readers.

END_OF_DOCUMENT_TOKEN_TO_BE_REPLACED

Author’s Note: This story was written in response to the following prompt in the WritingPrompts subreddit:

This story was first posted on Reddit. It’s been a year since I wrote posted something in response to a prompt in r/WritingPrompts, and I think it’s good to be getting back in there, especially since I haven’t been exercising my writer muscles and burning all those carbohydrate-like ideas more regularly lately. I’ve been spitting out works in big bursts in irregular rhythms, and I don’t think it’s been getting my writing motivation properly stronger.

Anyway, here’s me with my latest r/WritingPrompts response. This time, it’s a short piece of horror. I wonder what you’ll think of it, dear readers?

END_OF_DOCUMENT_TOKEN_TO_BE_REPLACED 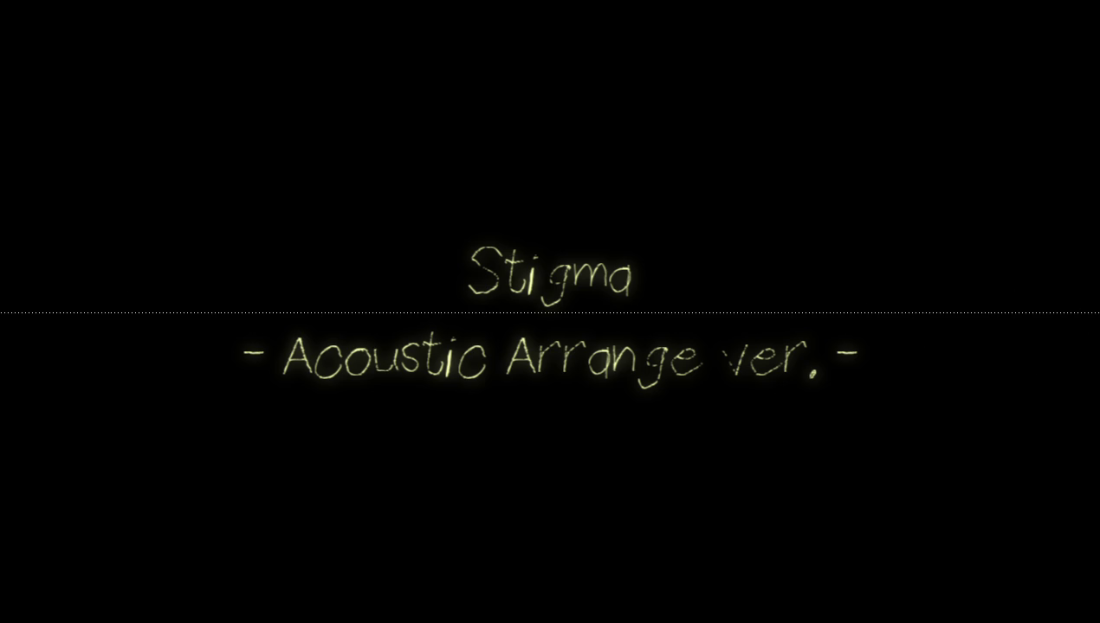 Okay, due to my likely unavailability during the coming weekend, I decided to upload something already from my queue of works that are ready for upload. First off is this!

So yeah, say hello to my high notes and my Korean. I have more confidence in the former than the latter, but I do want to improve the latter as well!

Also, if you haven’t noticed it or forgotten about it, then I’d like to tell you that hey, I’m an A.R.M.Y. BTS has definitely become a part of my major inspirations, yo! And my bias? Well, there’s V…and Jin…and J-Hope…and the rest of the seven…Yeah, I find them that awesome. ^_^

And hey, Happy 4th Anniversary, BTS! I wish you more strength for more worthwhile stuff, too!

Anyway, more about this cover and production, well, among the solo tracks in WINGS and You Never Walk Alone, V’s “Stigma” resonated with me the most. Finding the instrumental for RYUSERALOVER’s acoustic arrangement (which is an arrangement with a piano and a guitar, specifically) got me wanting to cover it even more, and I’m glad that his arrangement also goes by a different key that my range can handle. Oh, and his vocal cover of “Stigma” with said arrangement is also worth listening to, by the way!

And yes, my main vocal consists of two separate tracks, as I wanted to do the lyrics covered under that sustained high note cry moment right before the last chorus. So yeah, that was me wanting to sing all the lyrics while trying to show off the higher part of my vocal range.

As for the illustration and video, I did the video effects and all, while Biwa drew the illustration! She’s someone I met online sometime after Uri’s The Hanged Man got released, and, in particular, I think I met her because of her fanart for the Strange Men Series. She draws well, if you ask me! Other examples I’d like to show include this one Weiss drawing I requested from her, and then there’s her fanart of the character I voiced in The Boogie Man!

Also, I think I’m getting better with AviUtl…but it’s still hard to work with, considering my comp’s specs…Oh well, gotta work with what I have for now.

And now, here’s a link to the mp3 of this cover.

Honest constructive feedback is highly encouraged and will be highly appreciated!