Yesterday, I forgot something.

Those things are called…

…”respect for others.” And “HABIT NUMBER FIVE.”

It sounds really stupid if you know that I’m a nut who loves friendship. But seriously, I did forget those things yesterday.

And now, look at the picture. See that big scar on my avatar? That was caused by the butt-biter (that drooling ball with big teeth) that I called through my lack of respect for others. Today, it got handed to me by the person who I disrespected, and freaking nuts, the butt-biter and the scar that it made looks uglier than my drawing of it.

Ah, I have a feeling that my imperfection will act up again and call in more butt-biters, but still, look at the bright side and do your best, you crazy bear.

Oh, and regarding the specifics of how I disrespected a certain person…It involved me using that person’s tweet in a certain blog post without her permission. My original intention for the use of that tweet was “showing the dangers of reactivity,” but I ended up mixing it up with “making everyone agree with me at any cost” and forgetting about understanding her motive for tweeting that tweet. My selfishness also called the butt-biter in, alright. Also, this morning, I told her about my use of her tweet in that post (which I took down already), since I felt like it was rude to not directly inform her about my use of her tweet in my post. And I definitely didn’t think things through during that time, alright, since I didn’t realize that I was already being rude because I didn’t ask her for permission to use that tweet in my blog post and I freaking used that tweet to persuade people into agreeing with my point when she actually didn’t intend to persuade people through that tweet.

Yeah, I feel like I let selfishness take me over during that time, and man, I can feel the sting of the butt-biter’s bite again…agh…freaking sticks…

Anyway, I already sent my apology to that person, and she isn’t as angry as she was when she responded to my message where I told her about my use of her tweet in my blog post. And I’m also very thankful for her calling me out on my idiocy and for her reminding me about the importance of respect in friendship. I really needed them, alright. Also, I need to remember the importance of HABIT NUMBER FREAKING FIVE: SEEK FIRST TO UNDERSTAND, THEN TO BE UNDERSTOOD.

And I need to follow a proper daily routine, too. Also, all that lack of sleep…it’s been messing my brain up lately.

Now then, time for a self-reminder:

It’s been months since I recommended a game by Uri-san. Huh, I better remember to not spoil people when I recommend stories. Anyway…today’s recommendation is the second installment in Uri-san’s Strange Men Series:

It’s a freeware horror-style adventure game made in the WOLF RPG Editor, and it’s the sequel to The Crooked Man. The Sandman isn’t as scary as The Crooked Man, but still, it can be shocking at times.

Now, the game is about a girl named Sophie Grundler, a girl who has been spending a bunch of days with difficulty in sleeping, bullies messing around with her at school, and a father who has been spending less time with her because of his work. As she struggles to endure the chaos, time suddenly stops during midnight…and that’s not the only strange thing that happens…

I’ve cleared the game recently, and freaking nuts, it’s freaking beautiful. Thank you very much for being an inspiration again, Uri-san! I highly recommend this game, especially to people who are having trouble with getting enough sleep.

This game is originally Japanese, but vgperson has made an English translation, too! Here’s a link to the English-trasnlated version of The Sandman: http://vgperson.com/games/sandman.htm

If you decide to play this game (or maybe watch someone else play it; Daveosity, ManlyBadassHero…and I have made Let’s Plays of this game, you know…and by the way, if you want to make an LP video series of this game, please remember that monetized videos of Uri-san’s games, from this game onward, are forbidden. Oh, and did you know that there are also people who have made Let’s Plays of The Crooked Man, too?), then I hope that you have fun! And don’t forget to keep calm while playing it, too! Keeping calm while playing the game can help you in learning the very valuable lessons inside the game, you know! 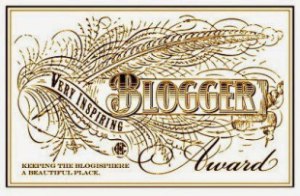 bluchickenninja awarded me the Very Inspiring Blogger Award. Freaking nuts. Thank you very much for the award, bluchickenninja! Also, keep on doing your best and having fun with what you do, Tobby! Be an inspiration, and help other people in becoming inspirations, too! YEEEEEAAAAAAHHHHHHHHHHH!!!!!!!!

Now then, time for the rules of this award:

And now, more facts about me:

Once again, thanks very much for the award, bluchickenninja! And to the nominees, keep on doing your best and having fun with blogging!

It’s time for a reflection on another episode of Mekakucity Actors, the anime of the Kagerou Project!

END_OF_DOCUMENT_TOKEN_TO_BE_REPLACED 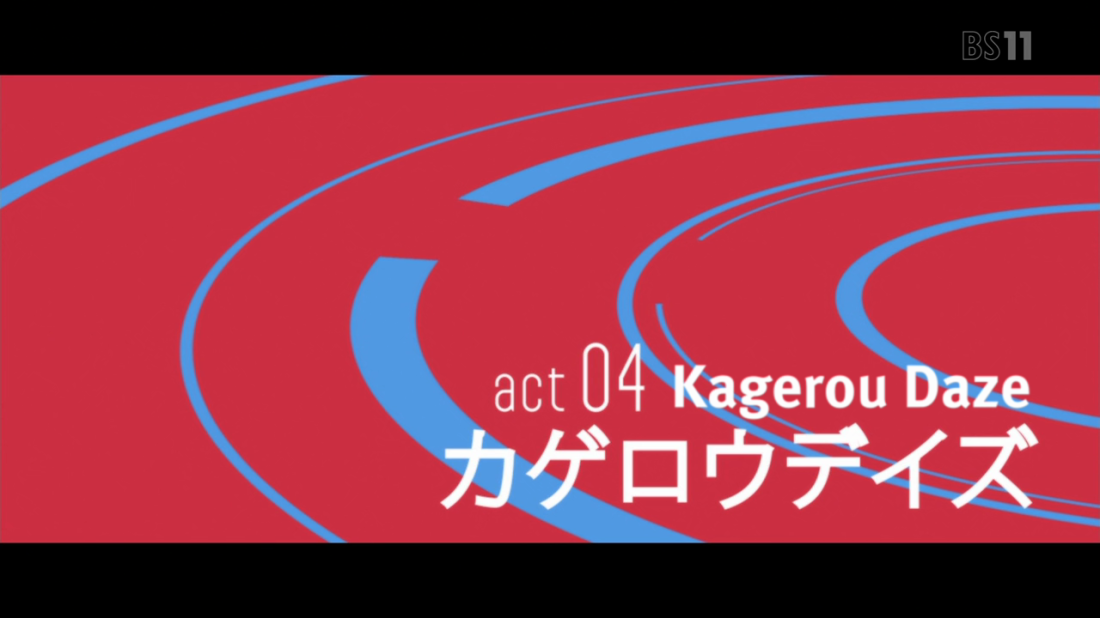 Hello hello, this is The Overlord Bear, and it’s time for reflection again!

END_OF_DOCUMENT_TOKEN_TO_BE_REPLACED

I could hear his footsteps. I could see his…Ugh, he’s here!

I turned around to run in the other direction again, but as the sound of something rustling and hitting the ground behind me softly entered my ears…

“Why are you trying to ruin my life again and again, Slaughterface?” I asked him as I prepared to take a gun from the hyperspace pocket from the back of my skirt.

“Well, I thought you’d never ask, Miss Loopy! I would’ve killed you if you didn’t do that!”

Why…What is going on in that broken brain of his…?

“Explain, Slaughterface,” I told him with a glare and a gun pointed at him.

“Remember the time when you asked me about why I’m chasing you and why I’m killing your family and friends?”

Oh yes…I asked him about that once during a past time loop.

“Yes, I do remember. You said that you wanted to teach me a lesson by ruining my life.” Ugh, remembering that pisses me off. “Why didn’t you explain it more back then?”

“Because I thought that ending the sentence with a bang was cool!”

I let a palm meet my face upon hearing that answer. He is insane. Why did I not think of that?

“Explain already, or I’ll blow your brains out.”

“Alright, alright! Geez, give me a break, will you? Besides, it’s not like I’ll stop just because I got a bullet in my brain…I’m freaking durable, you kn–” *BANG* “Hey!”

“Fine…I wanted to teach you a lesson by ruining my life because…” And then he spins in place (He never stops trying to be ridiculously flashy, huh?) “…There are people watching us, Miss Loopy!”

He seems to be pointing behind me.

There was no one behind me, though.

“What are you talking about?” I asked as I turned to face the insane time traveler again. “I don’t see anyone behind me. Speaking of which, why am I even trying to reason with an insane person?”

“Hey, I may be insane, but I’ve still got some sanity left in me, even if it’s a teeny-tiny bit. It makes me more interesting, you know! Anyway, cool down, Miss Loopy. Here, have a crystal ball!”

Suddenly, he took out a small crystal ball from his jacket and threw it towards me. In the midst of my chaotic mind, the decision to catch was immediately chosen without a second thought.

“What is this supposed to…be…?”

When my eyes gazed upon the clear crystal ball in my hands…things suddenly made sense.

“We’re…We’re being watched by so many people. So many people from different universes…and we’re all just…made-up characters in a made-up universe…?”

And I could feel the readers’ surprise as surprise rose from within me.

“…Yes.” I found it hard to speak. I was in a whirlwind of emotions. I felt happy that I was able to inspire someone, while I also felt sad that there were people who forgot that they had free will. I felt fear, hope, curiosity, so many emotions…

Suddenly, I remembered that Slaughterface and I were just inventions of some person’s mind, that we were made to influence people. We were influences, yes, but what sort of influences we will be…It doesn’t just depend on our author, but also on our readers as well.

“Better not let a sane person hold that thing for very long, Miss Loopy. I can handle having it because I’m already insane, you know! Now, let’s not think about what we just saw in that crystal ball, since we have a job to do and also because the crystal ball had done its job already. Besides, with that crystal ball broken into bits, we’ll all gradually forget what we saw beyond the fourth wall.”

I’m not real. Only my creator can control my fate. What I did, what I’m doing, what I’ll be doing…No matter how many people beg for me to live, my creator has made it’s decision:

Before my hands could even reach the gun, I felt a bullet go through my abdomen and a hand grab the back of my dress. Is Slaughterface going to kill me brutally?

“You know, the boss changed his mind. He’s thought of a better way to deliver the lesson he wants to deliver to our dear readers.”

What sort of torture will I experience now, then? I want to go back to the old days…

“I’ll leave you to live the life that you wanted to live! But first, we need to go to a hospital and get you patched up!”

Suddenly, from beyond the fourth wall that was gradually being fixed…I felt reactions…fear, hope, disappointment, curiosity…and a smiling author who said:

“Change is constant. Things can bring you down. Things can lift you up. Where you want to go, however, is your choice.”

I felt like that’s what he said…but maybe it was just my imagination. What am I even thinking about, anyway? Being exposed to this insane man probably did a number on my sanity.

Oh well, at least I will be able to live the life that I wanted to live again! Nothing can go wrong!